THE ISO 27001 is an international standard published by International Standardization Organization (ISO) and describes how to manage information security in an organization. 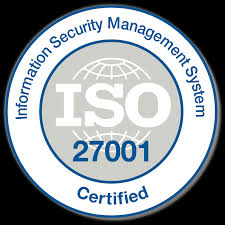 The first version of this standard was published in 2005, and was developed based on British Standard BS 7799-2.

With over 16,000+ certified organizations in more than 100 countries in October 2013, the standard revision is launched, which seeks alignment with the new Management Systems format.

04. Context of the Organization

Comparing to ISO / IEC 27001: 2005 with the ISO / IEC 27001: 2013, there was an increase in mandatory controls: from 102 (2005) to 148 (2013). For organizations that have made the appropriate investment in their Information Security Management System and devoted the necessary efforts to deploying and maturing it within the organization, migration will not have much difficulty.

The new version of the standard has a greater emphasis on the mandatory controls required during the certification audit. If a control is not deployed or inefficiently deployed, it is considered a nonconformity, the organization is not recommended for certification, or is decertified. The change makes clear the growing importance of Management Systems and the need for greater attention to Information Security Management.

Following the release of the new version of the standard, organizations will have a period to adapt to changes. Companies in the certification process for ISO / IEC 27001: 2005, may continue the process and apply for certification until September 25, 2014.

Want to know more about ISO27001 changes? [SAFEWAY] can help you.